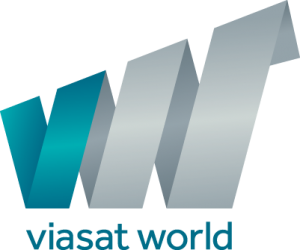 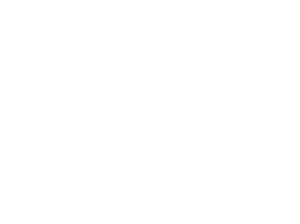 HOW HACKS WORK, WITH WOODCUT MEDIA AND TCB MEDIA RIGHTS

Currently in production and scheduled to premiere on Viasat Explore in 2018, How Hacks Work (30 x 30’) is a fun light-hearted series that looks at the best, worst and weirdest ways to solve everyday issues where an unusual item or idea could come to the rescue!

Using footage from YouTubers and the viewing public, How Hacks Work features a unique panel of comedians and scientists who come together to deconstruct the most talked about and hilarious ‘How To…’ videos from around the world. The panel offer insights into the science behind these hacks, breaking them down into entertaining bitesize chunks, as they are brought to life through real-life demonstrations by extreme engineering expert Mike Sansom and his “human guinea pig”, comedian Stephen Grant.

From Dorito-lighting barbeques, to a power drill pencil sharpener, walking your pet dog with a drone, or a remote-control car snack that gets you exercising without realising it – each episode features clips covering a specific theme (cooking, technology, cars, sport, health and DIY) all culminating in the grand finale ‘epic hack’. 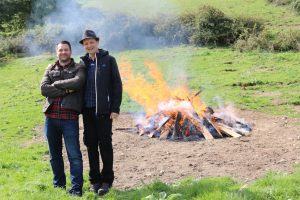 How Hacks Work is being distributed internationally by TCB Media Rights who will be presenting it to buyers at the upcoming MIPCOM market.

“Viasat World is one of the biggest independent factual buyers in Europe, and with a comprehensive channel and SVOD portfolio, we are always looking for the very best content for our audiences. Our strategy has always been to build our extensive content library through acquisitions and early pre-buys, but now we are moving into co-productions, enabling us to secure the pipeline of relevant, high quality, factual content for our channels in the future.  We collaborated with Woodcut Media on Animal Antics which we aired on Viasat Nature in 2016, and are delighted to be working with them again.  Both Woodcut and TCB have a solid reputation and track record in the industry, making them perfect partners to launch our first co-pro venture – How Hacks Work – which will air on Viasat Explore in 87 countries next year,” said Karin Heijink, Viasat World’s VP of Content and Product.

“It’s a privilege to partner with Viasat World on its first co-production and How Hacks Work promises to feature some of the wackiest, smartest, funniest ways to solve every day problems, one life hack at a time. We’re also delighted that Anna McVey has joined Woodcut. She’s a super smart, science savvy producer, bursting with ideas and the ideal person to drive this fun and informative series,” commented Derren Lawford, Creative Director, Woodcut Media.

“‘How Hacks Work is the perfect access point for broad based channels to acquire a pop science show with mainstream appeal.   An alternative title might be ‘the definitive guide to living’ – and for that we have high expectations as there is something in it for everyone,” added Paul Heaney, CEO of TCB Media Rights.

Viasat World is an independent international entertainment group, with a comprehensive channel and SVOD portfolio spanning the factual, entertainment, drama, movies and sport genres.  Comprising 27 Pay TV channels in 80+ countries, as well as on-demand services in key territories, Viasat World has over 130 million subscriptions across the world, with content available in 17 different languages across its 16 channel brands. Viasat World offers a wide selection of films through its seven distinct TV1000 movie channels, which include TV1000, TV1000 Action, TV1000 Russian Kino and TV1000 Premium HD, where viewers can access everything from Hollywood blockbusters to the best internationally acclaimed films, featuring some of the greatest stars of all time. Our core factual entertainment brands include Viasat Explore, Viasat History, Viasat Nature and Viasat Life; which together bring history to life, tell nature’s own stories and offer world-class entertainment based on real-life and fact. Viasat World also offers great content direct to consumers for them to watch at their own convenience, through TV1000Play – an OTT platform available in Russia and CIS.

With offices in London and Hampshire, Woodcut Media, a member of the family of Bob & Co businesses, is one of the fastest growing Indies in the UK, producing a broad range of factual programming. In addition to being one of the leading true crime producers in the UK (Holloway: Women Behind Bars, The Krays: The Prison Years and Murder Casebook), Woodcut Media’s rapidly growing catalogue also includes specialist factual series (Defenders of the Sky and Combat Trains), premium one off docs (The Ivy, Cut From A Different Cloth and Mandela, My Dad and Me featuring Idris Elba) and factual entertainment shows (Around the World in 80 Tricks and Animal Antics). Woodcut Media’s operations are spearheaded by leading doc producer Kate Beal, alongside former BBC exec Derren Lawford as Creative Director and former Lion TV founder Jeremy Mills as Chairman. Woodcut Media also featured in the 2017 Realscreen Global 100. www.woodcutmedia.com

TCB Media Rights was established in late 2012 by Paul Heaney, who served as president and managing director of Cineflix Rights, where he built the business from a boutique operator into a major distributor. A specialist in factual, factual entertainment and formats, TCB Media Rights offers a full suite of distribution services, employing its international contacts, experience and knowledge to ensure that every project fulfils its maximum potential.  With more than 110 titles in its rapidly expanding portfolio, TCB Media Rights’ has more than 60 producer-partners from around the world, including Arrow Media, Cordell Jigsaw Zapruder, GroupM Entertainment, Icon Films, Like A Shot Entertainment, Seven Productions and Wag TV. Its broadcaster clients include Channel Nine Australia, Channel Seven Australia, Discovery Networks International, France TV, National Geographic, Planete, RMC, SBS Australia, Sky TVNZ, TV4 Sweden and UKTV. www.tcbmediarights.com